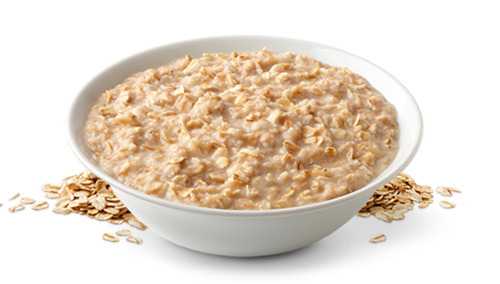 How cooking oatmeals alter my fear of cooking

Of all things I have yet to have hands on experience, the kitchen have always been my achilles heel for almost 3 decades living in San Francisco, never mind my entire life, specifically has to do with one aspect of that room that I have never been too comfortable going towards unless it’s for cooler weather or post-cooking: cooking on a stove.  For many, many years, I have relied heavily upon my mother to cook delightful meals per my eating habits, and though such habit has drawn ires from my father for not getting involved, I had told them a long time ago that I wasn’t exactly comfortable with the heat generated after cooking, Indian Summer or heatwave, until I was needed in certain preparation on meat and rice, along with post-dinner dishwashing.  However, life always take a strange turn as I found myself with an unfamiliar territory in cooking breakfast and lunch during my time off work, all the while taking care of my beloved mother who had suffered a stroke that left her left side rather immobilized (though she is making a slow recovery, thanks the Lord).  Among those I managed to cook for myself is something I have never considered cooking in the form of oatmail; however, more I have practiced cooking, more I managed to cook for myself, so much so I’ve even stumbled upon creating a process of cooking oatmeal much better.

Before I go through the process, I’ve also observed how my father made them, and needless to say, I wasn’t impressed with his skills as he constantly make a mess on the cooktop near the fire, to which he often cleans it with a paper towels.  With that in mind, I asked my mom to instruct me in the kitchen during the very next morning after discharged from hospital.   At first, I made the similar mistake that dad makes everyday with spills, and this pattern repeats a few times during the first month.  Quite frankly, dad’s temper isn’t exactly helping as he constantly scolded in quite a few occasion, as I also overcooked once or twice.  Still, since my dad has practically refused to cook for me like my mom did, I began to learn how to cook better as I had a few occasions on not necessary cooking thoroughly, largely to do with adding too much dried oateal into the pot with insufficient amount of water, or becoming too soupy as I added too much milk or water with insufficient amount of oatmeal.  If this had occurred before the stroke, I would have walked off after a few days; except I decided to “tough it up” and stick with the program and keep cooking.  So, I began figuring out a way to cook them by minimizing dad’s mistake, all the while I have yet to go online to find out how to cook it first (see below).

Before I go on with my discovery in the process, I would like to address my issues with the aforementioned receipt from the brand.  First of all, neither my parents nor I were fans of adding sault, instead mom and I added about 1 to 1 1/2 tablespoons of honey.  Second,  I have also discovered that spending 5 minutes with amount of oatmeal I want to cook with only leads to not cook thoroughly. Third, since I don’t even have any measuring cup for use, I instead opted to use a bowl to measure through by eye.  Fourth, by cooking exclusively with milk has a potential of buring at the bottom and overspilling from the top, which is not ideal.  In other words, I would need to come up with a formula to get my oatmeal cooking and serving under optimal standard.  Sounds too technical, right?   Even though I never have any desires of being a cook, creating a new way of cooking or making a new recipe has always been in my head.  That means, I would need to improvise certain methods in making it right the first time and every time.  Shall we proceed?

With that in mind, here’s how I proceed: First, I add cold water in almost half of the medium saucepan and place it on the stove with high heat, while I prepped the raw oatmeal into the bowl.  That way, I won’t have to spoon it into the pot without spilling out and land all over the floow or cooktop.  Next, I add the raw inside the pan all in one attempt once the water boils, after that, stir during high speed before slowly lowering the fire until reaching low heat.  What that does is letting the oat to cook more thoroughly and let it soak up the water during stirring.  Add 1/4 unit of milk during low heat before turning the heat back to medium, and keep stirring intermittely until the milk start getting boiled.  Once it is done, though, I let it still on either the counter or on cooktop for almost 15 minutes for acclimation from the heat.  In between acclimation, though, add the aforementioned amount of honey and stir well before covering; only until when it’s time to eat, I would uncover the pot and left for cooling – for one reason: my aforementioned statement concerning eating without feeling of roughing mouth, throat, Asophogus, and stomach alike like a sandpaper.  In terms of what those ratio on those liquids are for, like I mentioned before, that is something I come up with as I cook, since I want to discover a “golden ratio”.

Hope you enjoy this article, please feel free to leave a comment below.

Before I go through the process, I’ve also observed how my father made them, and needless to say, I wasn’t impressed with his skills as he constantly make a mess on the cooktop near the fire, to which he often cleans it with a paper towels.

Before I go through the process, I’ve also observed how my father made them, and needless to say, I wasn’t impressed with his skills as he constantly make a mess on the cooktop near the fire, to which he often cleans it with a paper towels.