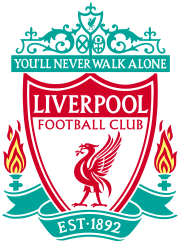 The following commentary only attempts to explore why certain Liverpool supporters try to overstate their importance.  The author does NOT endorse comments made below.  Thank you.

The 8-match suspension of Liverpool’s Uruguayan footballer Luis Suarez highlighted a long standing problem between the club and international football governing bodies, as their “willful blindness” towards condoning destructive behaviors by their football players and supporters alike have further soiled their global reputations.  From the continuous crowd troubles that were highlighted in the mid-to-late 1980s with the events of Heysel Stadium Disaster and Hillsborough tragedy, and the ticketing distribution controversy during the 2007 UEFA Champions League finals, as well as controversial boycott “terror campaign” against now-former World Football Daily host Steven Cohen, the drinking issue concerning the club’s high-priced striker Andy Carroll and the aforementioned Luis Suarez’s racial abuse, in which the English Football Association has levied an 8-game suspension (pending appeals) against the player.  So what makes the above behaviors from this football club ruffles so much feathers from the football community is the focus of this article, as well as my commentary regarding to this club.

While I admit that Liverpool is one of the most successful football clubs in the world, alongside Manchester United, Real Madrid, Barcelona, and Rangers (Glasgow), the comments made by certain section of the club’s supporters since 2005 have been dismissive towards other clubs’ achievements, and thus falsely giving them some sort of invincibility against criticism from the British media and beyond.  Steven Cohen, former host of World Soccer Daily/World Football Daily, has made no secrets of his disdains towards those sections of Liverpool supporters that demands all football fans MUST FOREVER BOW DOWN TO LIVERPOOL AND LIKE THEM REGARDLESS WHAT TIME AND DAY IT IS, while falsely downgrade the achievements of other clubs, and he had been ostracized by those people for many years.  Like I have previously mentioned in my first article, The vocal section of Liverpool supporters have never acknowledged that repect is a “two-way street”, thus creating an environment of flaying someone alive for raising issues about them, and attempting to justify their claims of being the best club IN THE WORLD by proclaiming everything else is secondary without them.

In relation to the first example, the issue of having crowd issues during the finals whenever Liverpool was involved in also becomes a major issue.  Specifically, there are three instances that I have mentioned in the beginning leads to the problem: Heysel Stadium Disaster in May 1985, Hillsborough Tragedy in April 1989, and UEFA Champions League Final held in Athens Olympic Stadium in May 2007.  First was Heysel in 1985, while granted the stadium was in a dire dilapidated shape for a national stadium, there was no rights for supporters for those Liverpool supporters (the team that Liverpool was playing was Juventus Football Club, which has its own issues with their supporters that is infected throughout the Italian football to this day) jumped over the fence and made an assault on Juventus supporters, who later tried to escape from the onslaught and many were trapped when the wall that they were climbing collapsed, led to 39 Juventus supporters dead.  For the fans’ actions, Liverpool and all English clubs who were eligible to play in the European competition for the last half of the 1980s were banned from competing (5 years), with Liverpool added another year for the affairs from Hillsborough tragedy (see below).

Second was the infamous Hillborough tragedy, which to this day has become a controversy within a controversy in the context of shared-responsibility.  Granted the fact that football stadiums weren’t built in modern building codes, law enforcement agency in Britain had limited success in stopping violence between hooligan firms as they were essentially handicapped by the laws back then, and the English Football Association did little to implement changes needed to avoid tragedies like the Valley Parade fire just a weeks before Heysel; the fact that there were too many Liverpool supporters clogged inside the Leppings Lane End of the stadium – ticketed or ticketless, and those who got compressed inside the pens with other fans led to an overspill into the pitch, and 96 Liverpool supporters lost their lives.  However, the real controversy began when trying to uncover who or what was responsible, and I realized that the act of pushing and rushing people to the stand with the lack of any rooms to breathe in a narrow space was an error none of those supporters were willing to admit because they were, for the lack of a better term, myopic in putting their needs of getting in first without considering others space to move upon.  In addition, I begin to wonder why the football governing body and local governments in UK have a tough time implementing changes to tighten control on football supporters, and the conclusion I thought of, for the lack of a better explanation, is that football supporters do not want anyone to tell them what to do at any circumstances whatsoever, thus they constantly vote out those who want to implement tougher changes.  Eventually, complacency settles in those agencies and such icing turns tragic when something like Valley Parade Fire and Hillsborough tragedy emerged, and ONLY THEN changes was forced to be implemented by the time of Lord Taylor Report came out in 1992.  Since then, the existing stadiums in the top 2 tiers of English football were converted to all-seater from terracing (standing ledges) while new stadiums are also built in that fashion as well.  Two decades onwards, they have yet to recover the tragedy that they may have caused inadvertantly.

Last one, was the issue prior to the 2007 UEFA Champions League finals,  and once again Liverpool supporters became the center of controversy.  Upon hearing the news of more than 45,000 Liverpool supporters crowded Athens Olympic Stadium for that match with the maximum capacity of only 56,000 for football use, so the first line that came out my mouth (and I’m standing by this claim to this day) is they are trying to turn into another Anfield and tell everyone else to stay away.  Making things worse by the club that then-owner Tom Hicks had the gull to insult the UEFA ticketing policy that they should have gotten more tickets for them while being totally oblivious with the fairness for everyone else who lives in the area, and the A.C. Milan supporters.  Therefore, let me make this very clear, while I don’t mind this club can have more fans to watch a football match, that does NOT mean all stadiums around the world must turn into Anfield 24/7/365 anywhere around the world and tell the rest of the world to yield their tickets to Liverpool FC, NO CHANCE IN HELL that the other clubs will oblige to such madness.  Other clubs will think they have been utterly forsaken while Liverpool gets all the tickets, making their ownerships of their stadiums moot.

Finally, if any of the previous issues weren’t bad enough, the recent issue of racism charge involving Luis Suarez made Liverpool even more infamous than ever.  While racial intolerance in UK has been a problem not limiting to football for many decades, the case involving a decade-old racially-motivated murder case reached its verdict of guilty towards the two defendants made on the same day that Suarez began serving his 8-game suspension – without appeal (abeit issuing statement falsely lamblasting the claim and suspension from the club afterwards) – reflects the ongoing issue of racism in general.  According to the statement made by Liverpool Football Club after they dropped their appeal, they claimed the alleged comment made by Suarez was not racist, and it was part of the language in his culture from Uruguay, and also claiming that such ruling destroys the reputation of Suarez as the best footballer in the Premier League.  For someone who is living on the other side of the Atlantics reading the sad history of American racism that has been existing for 150 years while came to the U.S. in 1989, I would honestly say that I had my shares of using those languages when I got mad, and I felt ashamed of using those words.  At the same time, I do not have time for those sorts of issues flashing in front of me, thus leading my comments on Luis Suarez.  Just because he is forgiven in his country for using those languages since the rules in South American football is quite lax, same cannot be said when he uses them in Europe, and particularly England, where the government has been pushing toward racial equality after the issues came about in the 1970s & 1980s.  To further worsen this issue is the way the club delivers its statment in response to the decision, even though I have respect towards the American owner John Henry, who also owns the Boston Red Sox in baseball, the word “negro” has garnered so much negative connotation across Europe and North America, that anyone includes myself would be met with severe punishment from my daily job.  In addition, Suarez had a handful of incidents prior on-field incidents prior to joining with Liverpool, which included once in 2010 World Cup quarterfinals against Ghana that he intentionally committed a handball at the goal, then at least three occasions during his playing days with Ajax Amsterdam.   His reputation may have already suffered with those offenses alone, and this incident with Patrice Evra of Manchester United did not help him and the club’s cause either.

Perhaps the fact that the club has not been winning trophy of any sort since 2006 when they won the English F.A. Cup against West Ham United, and the lack of domestic league title for 20 years due to the rises of Manchester United, Chelsea, and Arsenal during the Premier League era created such angst and anguish towards managements, ownership, and players alike.  Also, even with the return of Kenny Dalglish, who last led the club to their last domestic league title for the 1989-90 season, the club has a catalog of errors made by previous administrations, slip-ups due to injuries or tactical miscues since then, made his mission tougher than first thought.  Until those fans let go of their anger towards the administrators and recognize the mistakes they have made, rather than condoning rants that would otherwise get anyone else fired, or allowing binge drinking by Andy Carroll like what happened to the demise of George Best, or even letting a crowd of players circling around referees for fouls against them without the captain and drawing more bookings for their troubles, the possibility of returning to prominence would proof more difficult in the years to come.

The following commentary only attempts to explore why certain Liverpool supporters try to overstate their importance.  The author does NOT endorse comments made below.  Thank you. The 8-match suspension of Liverpool’s Uruguayan footballer Luis Suarez highlighted a long standing problem between the club and international football governing bodies, as their “willful blindness” towards…

The following commentary only attempts to explore why certain Liverpool supporters try to overstate their importance.  The author does NOT endorse comments made below.  Thank you. The 8-match suspension of Liverpool’s Uruguayan footballer Luis Suarez highlighted a long standing problem between the club and international football governing bodies, as their “willful blindness” towards…